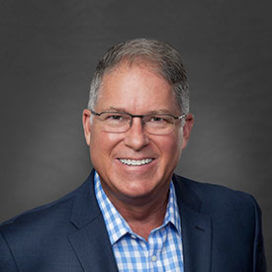 Dr. Scott Holbrook Dahlquist was raised in Arcadia, California the youngest of six children of Carlyle and Helen Dahlquist. Scott’s father was a dentist, a graduate of USC Dental School and the owner of a private dental practice in Alhambra, California. Scott’s older brother, Carl, is also a practicing dentist in Blue Springs, Missouri. Dr. Scott Dahlquist graduated, like his brother, from the University of Missouri-Kansas City School of Dentistry. After having returned to California to practice for a short time in the Coachella Valley, he bought a dental practice in Salt Lake City, Utah. He successfully merged another practice with his own and ran a solo private dental practice in the affluent Holladay area of Salt Lake City for eighteen years. When the opportunity presented itself to join up with his former classmate from UMKC in a group practice in Kern County and to move back to his California roots, he moved his family to Bakersfield in 2007 and became a partner shortly after at Capital Dental Group. In 2017, he had a special opportunity to move to the central coast of California and purchased a solo dental practice in Lompoc, California.

His focus in the practice has always been General Dentistry. He sees adults and well-mannered children. He takes pride in thorough diagnosis and treatment planning. He has post-doctoral training in Orthodontics including Invisalign. He provides Oral Surgery including the removal of wisdom teeth along with all levels of sedation offered. He does Endodontic therapy (root canals). He prefers to do his Restorative Dentistry in tooth-colored materials including fillings, crowns, and bridges. He also provides some limited TMJ splint therapy. Dr. Dahlquist has been a Clinical Evaluator for over twenty-one years for Clinicians Report testing many new products before they have reached the market. He is fluent in Spanish having spent two years living in Chile as a young missionary.

Dr. Dahlquist has many hobbies he has picked up over the years. In his youth, he was actively involved in the Boy Scouts of America and achieved the rank of Eagle Scout. He worked as an adult leader while his two sons also obtained their Eagle Scout rank. Since moving back to California, he plays tennis regularly and likes to golf. Dodger baseball is still a passion that burns on from his childhood when he sat in his father’s car in the driveway and listened to Vin Scully call a game like no other. He cheers for his college alma mater, Brigham Young University, and any game on the Tennis Channel. He dreams about fly fishing and loves to talk about it when he is not planning a trip. A few of his favorite locations include the Green River in Wyoming, Flat Creek in Jackson Hole, the Owyhee River in eastern Oregon, the Provo River, and the West Fork of the Duchesne River in late summer. His three grown children and his grandchildren are his greatest joy and he loves to share his time away from the office with them.